Individuals are usually given probation (or "community supervision") in lieu of serving jail time.  Probation is essentially the suspension of a jail sentence. The individual who has been placed on the "probation" has either been convicted of a crime or placed on deferred adjudication. However, instead of serving a jail sentence, the individual has been found by the Court to be a candidate for probation and will be allowed to remain in the community.

A condition of probation is an agreement to abide by certain conditions set forth by the Court. The individual is usually under the supervision of a probation officer, and required to have regular meetings in certain intervals, usually monthly.  Generally speaking, the conditions include maintaining suitable employment, abstaining from engaging in any future criminal offenses, paying probation fees, and regular contact with the probation officer, attending court ordered classes and/or counseling, and successfully passing drug tests, among other things.

After being placed on probation, a "Motion to Revoke" (MTRP) can be filed if the person does not comply with any of the requirements of the supervision. The motion to revoke probation will allege that the probationer violated certain conditions of probation.  Individuals often incorrectly assume that their probation officers can "revoke" their probation.  This is incorrect.

The state must prove through a "preponderance of evidence" that the conditions alleged that were violated, meaning it is "more likely than not" the violations occurred.  The probationer, as with jury trials, is afforded many rights at motions to revoke probation hearings.  For example, probationers can subpoena witnesses and evidence, as well as cross-examine witnesses against them.

If the government meets their burden and the probationer is found to have violated the conditions of the probation, this does not mean automatic jail time.  The sentencing judge has many options they can employ, including extending the length of the original probation period, imposing additional fines and costs, requiring court-ordered counseling, and/or requiring the probationer to submit to drug or alcohol treatment programs.  However, the judge can also choose after finding the allegations to be "true" to impose a certain amount of jail time as punishment. This can be a very lengthy period of time, depending on the underlying nature of the charge and what the maximum range of punishment is. 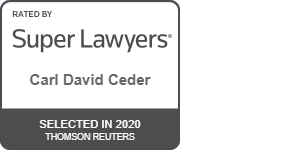